Hugely excited to show you guys my new paint range it’s been one of the most exciting and rewarding things I’ve done. The palette is inky (obviously) supremely sophisticated, luxurious, tantalising and totally transformative. Not bad for a can of paint hey! Let me show you exactly what I mean as I’ve painted the whole house out in our new palette as you can see below. All the photographs are by Graham Atkins Hughes.

Lets start with Madison Grey. I am a little obsessed with this hue, my lower ground floor is painted out in it (see below), the store is painted out in it and also the school is about to be transformed with it. It’s grey but it has undertones of green. It’s such a beautiful hue, it was the first colour we painted and I’ve been obsessed ever since!

Next up Hudson Black. This is the softest black on the planet as it has undertones of brown.  It has completely and utterly transformed my studio (see below). I’ve love this hue, I wanted a black that felt almost like butter soft, dense, enveloping. Love love love it. 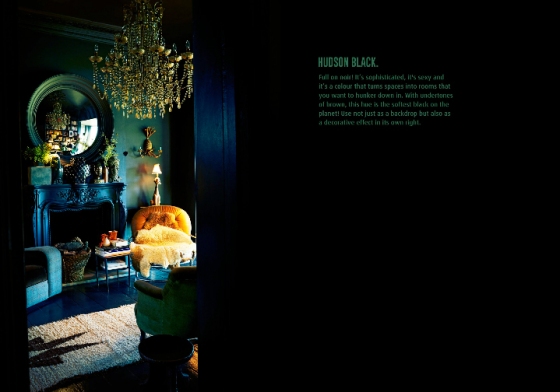 The other side of the studio is Bedford Brown most people paint rooms that have been knocked through in the same hue but I wanted this part of the studio to feel slightly different. It’s where we hold meetings, yabber and so forth and it works beautifully with Hudson. It’s lighter in tone by a step or two but still has incredible depth. Tranquil, calming beautiful

Mulberry Red is next alongside Mercer green. I sneak peaked Mulberry to you before. This hue has been the most surprising since I am not a red girl in any shape or form at least not on the walls. Until now that is. This hue has undertones of black so it’s little blackberry, its a little black also a little red it changes with the light, it plays with the imagination, we’ve painted the whole hall out in it and its never looked so good! Mercer Green is one of those intoxicating high voltage hues transforming anything it hits into something supremely glam.

Up to my bedroom. This is Crosby. Crosby is the most calming hue on earth its brown with pink undertones so  it soothes, cocoons, it calms its so very peaceful fab for bedrooms. 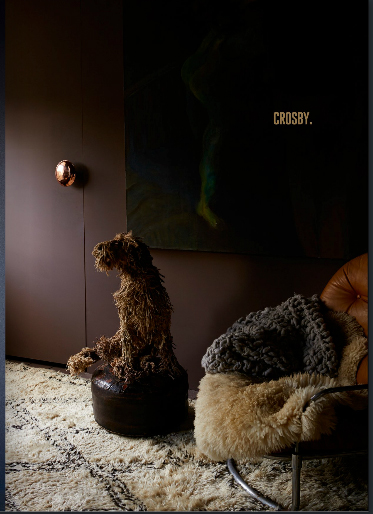 Onto the bathroom which is painted out in Wooster and is a beautiful hue. I am a little obsessed with olive I may need an extension as I want to paint more rooms out in it! 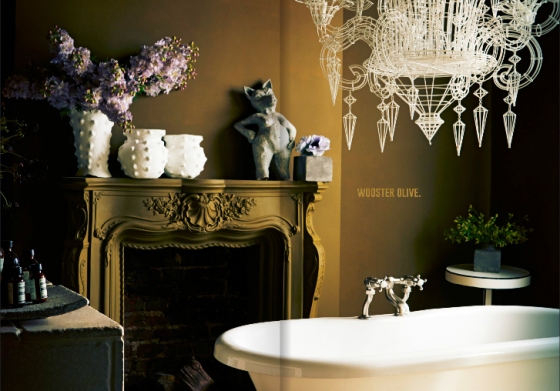 More shots and more paint colours over on our latest  Journal which has just launched.  You can see it by clicking here!

Hope you guys like, do let me know I need cheering up. I have bronchitis apparently with a fever thrown in for good measure so I’m bed ridden and have been all week!